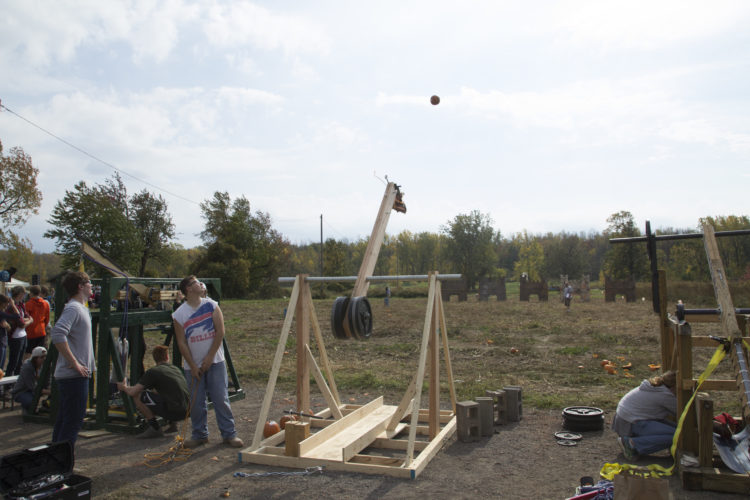 Area high school technology teams have been working for weeks to design and build trebuchets (pronounced treb-yeh-SHETs) to compete in this weekend’s 14th annual Pumpkin Catapult Contest, as part of The Great Pumpkin Farm’s Fall Festival. Twelve teams from area schools are scheduled to compete for distance and accuracy and with enough precision to win cash prizes and trophies for their schools and prestige for their teams. 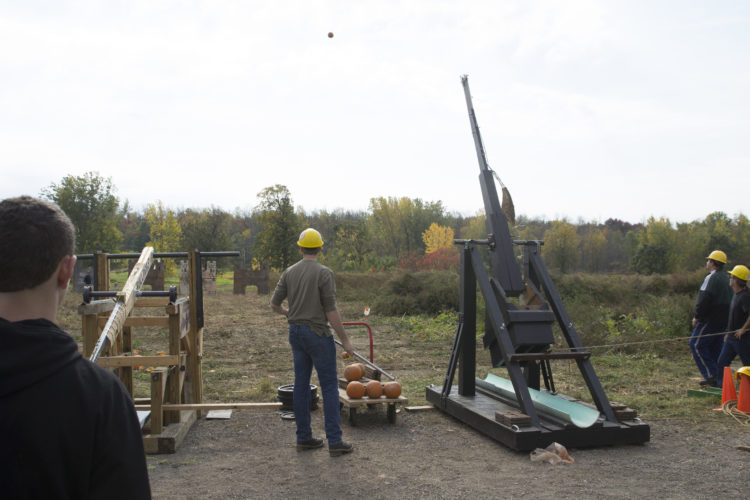