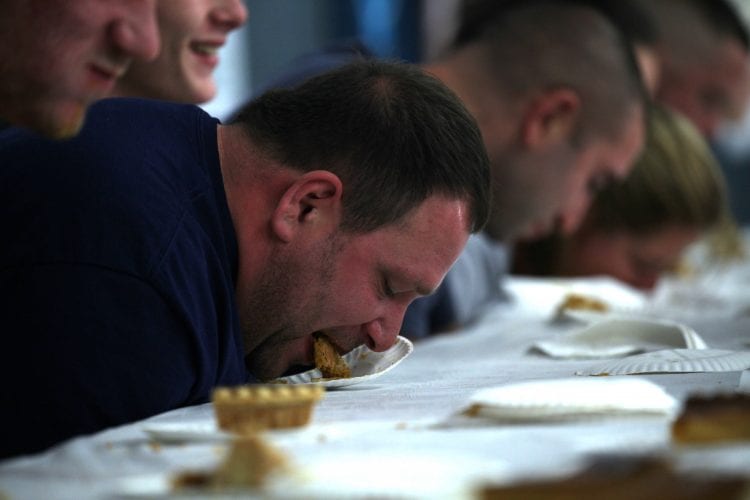 At last year’s Hands-free World Pumpkin Pie Eating Contest during the Great Pumpkin Farm’s Fall Festival, Competitive Eater, Molly Schuyler of California, set a new world record by consuming 48 5.6 oz. pieces of pumpkin pie – that’s 16.8 lbs. of creamy, crusty pie! Can that record be beaten this year? Find out on Sunday, October 14, beginning at 1:00 p.m., as professional eaters from Western New York and around the country compete for cash prizes in the officially sanctioned Competition, held in conjunction with Professional Eater Bob Shoudt.

The World Pumpkin Pie Eating Competition is a favorite with fans and contestants because hands cannot touch the actual pieces of pie, only the paper plates. And the stakes are high, as contestants try to beat the current world record to gain the glory of taking their place in history as one of the country’s greatest “All Around” competitive eaters, along with the title of “World Hands-Free Pumpkin Pie Eating Champion.”

Schuyler, who is currently ranked the #1 Female Independent Competitive Eater in the World (according to her Facebook page) has won this competition the last four years – what will happen this year? Find out this weekend! Prizes totaling $1,800 will be awarded, including the $1,000 grand prize.